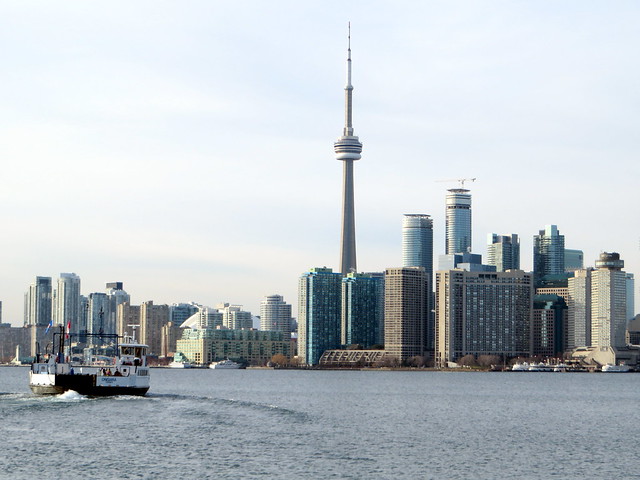 Today, December 7, was bright and sunny, despite a chilly high of -2 C. On a whim, I decided to explore the Toronto Islands during the off-season. It was well worth it.

After Thanksgiving weekend, the Toronto Island ferry schedule is reduced to a single ferry to and from Ward’s Island operating on a rather irregular schedule. Sometimes, the service is every 30 minutes, even on Sundays (it takes just under 15 minutes to get between Ward’s Island the central ferry terminal), but at other times, the single ferry runs every 45 or 60 minutes. The round trip fare is $7, or $90 for an adult monthly pass.

The views of the downtown skyline, are the best thing about taking the ferry to the islands; the night time views are as amazing as the daytime postcard views. During the off season, there are no crowds, no waits, no hassles. The pen-like holding area of the recently re-named Jack Layton Ferry Terminal isn’t so bad when there aren’t large crowds headed to various organized picnics or concerts at Olympic Island or the Centreville amusement park, or to one of several public beaches.

I’d like to see a new, modern ferry terminal built that doesn’t feel like a holding pen (and which would be more fitting for a terminal named in Layton’s honour). I’m hopeful that the city will finally see this happen, as well as figure out how to better manage the long summertime ticket lines. 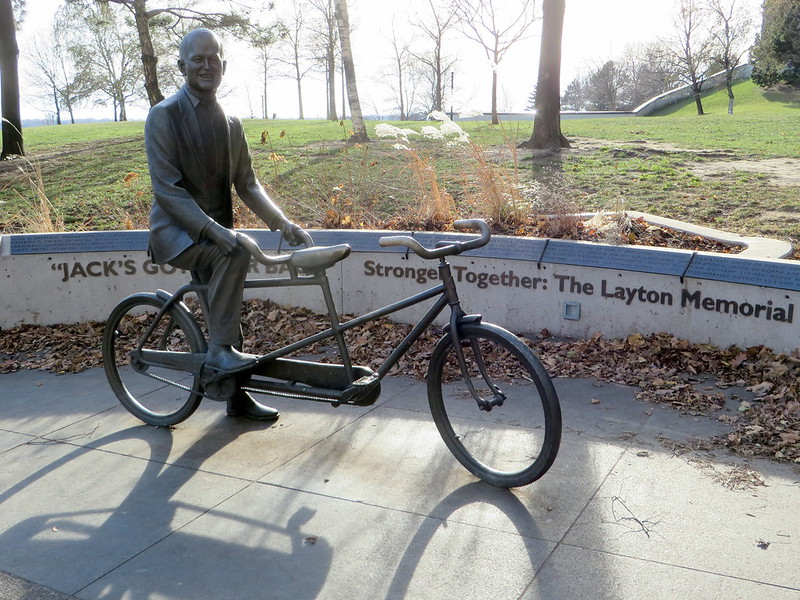 END_OF_DOCUMENT_TOKEN_TO_BE_REPLACED

I guess I was born to be a geographer. I’ve been collecting and studying maps since I was three years old. I always loved cities and their transportation networks as well. I ended up becoming a geographer by training (I have both a BA and a Masters’ degree in geographic/spatial analysis); today my day job has me creating maps and analyzing data.

I’ve also had an interest in politics for many years, though my participation has been limited to involvement with my student union and volunteering for a few municipal and federal election campaigns. I am also involved in advocating for pedestrian and transit issues here in Toronto.

But I’m hoping to do more. Recently, I have been busy posting maps on Twitter showing poll-by-poll results of the recent municipal election here in Toronto. While many election observers were closely following the mayoral race, I was more interested in the wards. In 2018, I predict Mayor John Tory will be re-elected easily, so it’s the local races that will matter.

I was most interested in having a permanent place to make those maps available to a wider audience; this is why I started this blog. I also intend to post photos and thoughts about all sorts of things that I find interesting as well. I go on occasional long-distance bike rides, as well as the occasional road trip, so you’ll find all sorts of articles posted here.

I hope you enjoy!