On Thursday, June 11, Toronto City Council voted to maintain the Gardiner Expressway between Jarvis Street and the Don Valley Parkway, endorsing the “hybrid” option by a vote of 24-21. The previous vote, a motion to support the remove/boulevard option, was defeated by a 19-26 vote. The two inconsistent votes were by Councillors Anthony Perruzza (Ward 8) and Rob Ford (Ward 2), who didn’t like either of the two options on the table.

Immediately after that vote, I created the two maps below. The first shows the vote on whether to go with the less expensive option, to replace the East Gardiner with a boulevard. The second shows the final vote on the “hybrid” option strongly supported by the mayor, despite all the evidence that maintaining that portion of the elevated freeway wasn’t necessary. I shared these maps on Twitter.

Vote on the Remove/Boulevard option for the Gardiner East

Vote on the “Hybrid” option for the Gardiner East

While all “downtown” councillors, representing nearly all the former City of Toronto and much of East York favoured the tear-down, it wasn’t entirely an urban-suburban split. Six councillors in Scarborough and North York, namely Paul Ainslie, Michael Thompson, Ron Moeser, Shelley Caroll, John Filion, and Maria Augimeri, voted for the Gardiner’s removal. Eight (including Perruzza and Ford) voted against the Mayor, making the decision to go with the “Hybrid” a close 24-21 vote, a blow to Tory’s promise as a reasoned “consensus builder.”

But almost as troubling as the vote, I soon started to notice mentions and replies to my Twitter feed calling for de-amalgamation. Here is a sample:

These reactionary responses, while understandable, ignore some inconvenient truths.

It’s easy to forget that Gardiner Expressway, along with the Don Valley Parkway and the Allen Road (the completed section of the infamous Spadina Expressway), were built by Metropolitan Toronto, an upper-tier government that was created by the province in 1953 in order to accommodate and control Toronto’s rapid growth. Its boundaries were the same as those of the post-1997 City of Toronto.

Metro Toronto was given the responsibility for many, including the TTC, all major roads, ambulances, police, most of the city’s public housing, waste collection, and the administration of social services. Metro had its own system of parks separate from the lower-tier cities and boroughs, and its own divisive politics. The Gardiner Expressway, one of Metro Toronto’s first mega-projects, was named for the first Chair of Metro Council, Frederick G. Gardiner. The old City of Toronto opposed Metro’s Spadina Expressway plans; it was the Province of Ontario that stepped in to stop the controversial freeway at Eglinton Avenue.

Had Mike Harris’ PC government wasn’t elected in 1995 and the six cities and boroughs were never amalgamated, it would be a Metropolitan Toronto Council deciding the Gardiner’s fate, and we’d probably still see the same urban/suburban divide when it came to the final vote.

The case for amalgamation

I’ll come right out and say that the provincial government under Mike Harris made a terrible mistake when it decided, without warning, to amalgamate Metro and its six lower-tier municipalities into a megacity in 1997. Even though I lived in Brampton at the time, I opposed Bill 103 when it was introduced and enacted in 1997. But I think amalgamation was a mistake because the process was rushed, it was steamrolled over the objections of almost every local politician and engaged citizen, and the motivations were politically suspect – a left-leaning City of Toronto, led by an NDP-allied mayor was overwhelmed by a more Conservative-friendly suburban population, with Mel Lastman as the first mayor.

The first few years were painful as departments and agencies were melded together. Mayor Lastman’s property tax freezes did not help when the need for city services was growing. But what amalgamation did do was provide taxation and service equity across Toronto. York, the poorest of the six lower-tier cities, did not even have a full-service recreation centre and had a relatively poor parks and library system. That all changed, and generally, for the better.

The Toronto Public Library, which just opened its 100th branch, is the the envy of library systems around the world. It is the second largest system in North America (after New York’s) and has the highest circulation. When its budget was threatened in 2011 in the early days of the Ford administration, they had to back off due to an overwhelming public campaign. 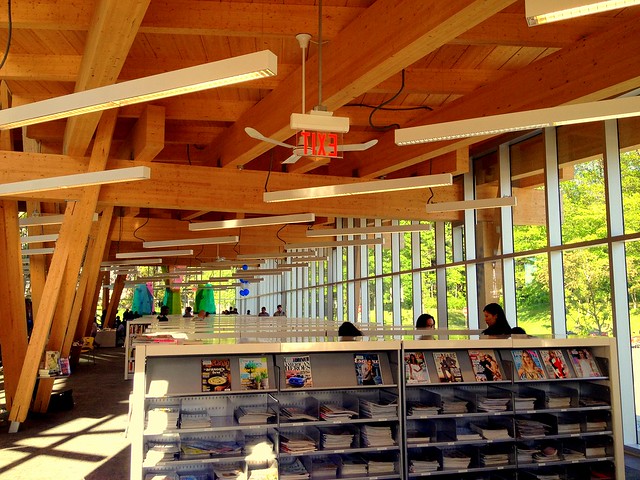 I would argue that the TPL makes the best case for amalgamation. Before, each of the six cities had their own library systems, and the Toronto Reference Library was a separate entity. Library access and budgets were limited in some of the smaller systems, especially in York and East York. Amalgamation of the library system has created a more equitable system that’s the envy of the world. It has been expanding and renovating branches all across the city without any cries of regional favouritism. While the library system is still mostly a collection of reading materials, the TPL has adapted to the digital age, providing communal study spaces, media labs, new computer equipment and 3-D printers, and access to vast digital resources through its website, including current periodicals. The Toronto Public Library is something all Torontonians should be proud of.

So yes, there will often be an urban/suburban split on some issues, particularly on transportation items. I share the frustration after last week’s vote. We particularly need to elect a better council in 2018. And there always improvements that can be made to make this city work better for its diverse neighbourhoods, perhaps devolving more responsibilities to reformed community councils.

But I have little time any more for calls for de-amalgamation. It won’t change politics all that much. Let’s focus on making this city work.

2 replies on “Gardiner East: Or How I Learned to Stop Worrying and Love the Megacity”

It’s true that the library system is better now, although it should be remembered that pre-amalgamation there were provisions in place that extended borrowing privileges for libary cardholders across all the Metro systems.

Also, its generally forgotten that the marginal viability of York was widely acknowledged at the time and Toronto and York were already in discussions regarding a strategic merger when amalgamation was forced upon them.