Exploring Toronto by bike: A circle tour around the city 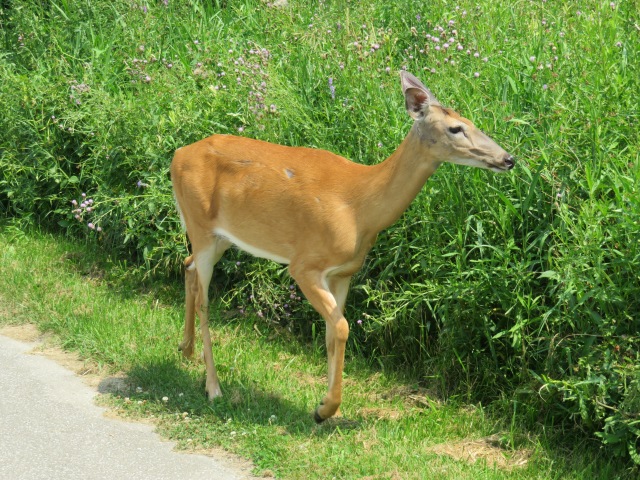 One of my favourite things to during the summer s taking long weekend bicycle rides. A few of these rides have been multi-day trips, such as the Niagara Region Circle Route tour I took on Victoria Day weekend, or my ride from Hamilton to Port Dover and return last summer, but many have been day trips. Hamilton is one of my favourite destinations; it’s about 85 kilometres from my home to Downtown Hamilton via the Waterfront Trail, Burlington Beach and the Cannon Street cycletrack. I’m not a terribly fit cyclist, and I take many breaks (for a late lunch, to take photos, or for rest) but if I leave home by 11 AM, I’ll be in Hamilton around 6 or 7 PM. For me, it’s all about enjoying the ride; when I ride alone, I find that it’s great alone time.

But you can stay in the city and enjoy a long, leisurely ride. There are many reasons why you might want to stay in Toronto: there’s no need to carry a repair kit; you’re never too far from a TTC bus route (all buses are equipped with bike racks) if you need to end the ride early for any reason. And it’s a great way to explore the city.

I recently spent a Sunday afternoon going for a nearly five-hour ride, a circle route from my downtown apartment back downtown, following the Humber River, the new Finch Hydro Corridor path, and the Don River, a 73-kilometre ride in total. I stayed away from Lake Ontario, avoiding the PanAm Games-related detour and general chaos near Exhbition Place.

I passed by historical landmarks, made multiple crossings of the Humber and Don Rivers, rode through dozens of parks and swallowed at least a few flies. The Humber Trail even makes use of the long-abandoned Toronto Suburban Railway; it makes use of the piers that once supported that electric railway’s trestle over the Humber River.

The map below illustrates the route that I took, which brought me through five of the six former municipalities that were joined to create the City of Toronto (sorry, Scarborough).

I often see wildlife when I ride outside Toronto, but I did not expect come so close to it on this trip. But along the Humber River Trail, north of Highway 401 and Albion Road, a youngish deer was wandering down the path, grazing. I stopped my bicycle and just watched, the deer kept coming closer, cautiously walking right past me. Only a few hundred metres north at one of many trail crossings of the river, I spotted a doe and a fawn crossing. 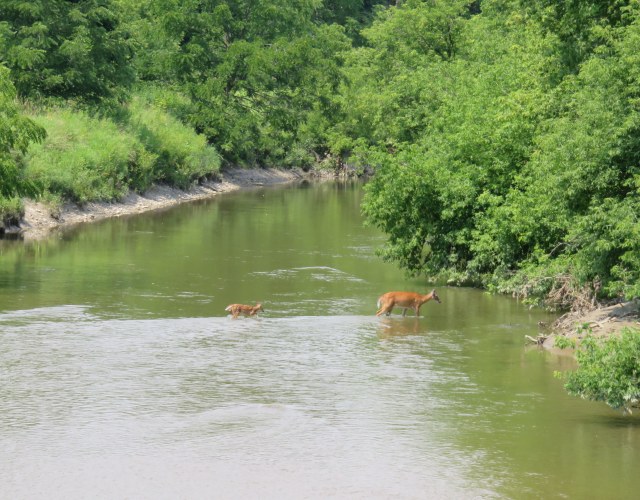 With the completion of the Martin Goodman Trail on Queen’s Quay, it’s almost possible to complete this circle route without riding on city streets. But there are several minor gaps (such as the Lower Humber Trail at Stephen Avenue in Etobicoke) and some very aggravating gaps.

One of the worst gaps in Toronto’s recreational cycling network is between the Humber River trail and the Finch Hydro trail, where there is simply no safe cycling route to bridge this 3.5 kilometre distance. I survived cycling under Highway 401 on Finch Avenue, but it is not an experience that I advise doing on your own. However, the newly-constructed connection between the Finch corridor and the East Don River trail was seamless and pleasant.  There’s a gap on the East Don trail between Duncan Mill Road and Don Mills, but it is well signed; happily, this will be partially fixed with an extension of the Don Mills trail to York Mills Road. 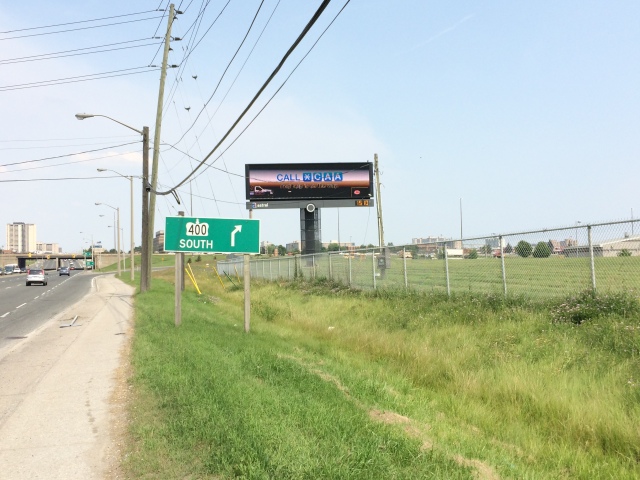 One of the scariest places that I have ever cycled.

Happily, these gaps that I mention are on the City of Toronto’s radar. The city is in the process of updating its cycling network plan; city staff, along with consultants IBI group and Vélo Québec, are looking for comments on the new draft cycling project map. There are many other opportunities to improve cycling connections for recreational and utilitarian cycling; I encourage you to have your say.

Below, a few more photos on my ride around Toronto.

Hallam Street. It’s unusually wide, and makes for a good east-west cycle route. Watch for a later post on Hallam and Lappin Streets.

Another photo of that timid deer

A doe and fawn cross the Humber River, north of Albion Road

Back under Highway 401, south along the East Don