The TTC’s disappearing parking lots: why this isn’t a bad thing 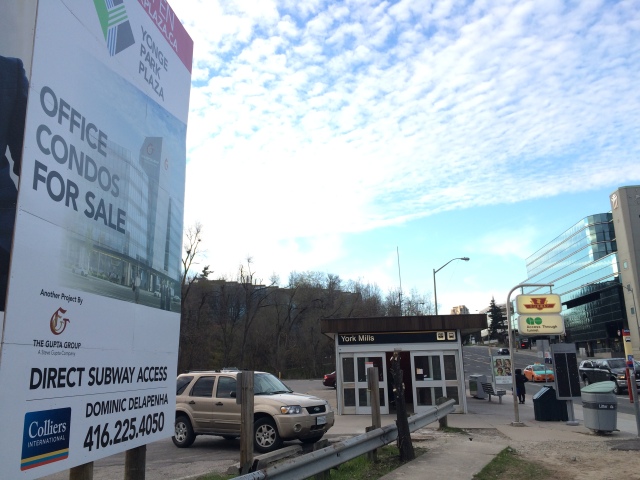 I’ve written several times on my blog about GO Transit’s problems with free parking. The Toronto Transit Commission (TTC) also operates many parking lots — 11,000 parking spots located at 13 of its 69 subway and RT stations — but has declared many of its lots surplus to its needs. Right now, the City of Toronto’s real estate arm, Build Toronto, is in the process of selling or leasing TTC lots for residential and commercial redevelopment. The TTC, unlike GO Transit, charges for parking at all lots, and it isn’t in a hurry to build more. For the TTC, redeveloping parking lots raise money (which, in the TTC’s case, goes to the city) while they generate additional ridership.

There’s a difference between TTC subway stations and GO Transit stations, to be sure. The TTC relies mostly on buses and streetcars, as well as walk-up traffic, to feed its rail system, while GO Transit relies mostly on suburban commuters driving to its stations. They are different models. But in urban areas like Downtown Brampton, I believe GO Transit should be much more innovative than deciding to rip down a city block to build yet another “free” surface parking lot.

GO Transit should rethink their model, encouraging more walk-up and local transit connections as it transforms into a regional rail system. Redeveloping some of its lots is a good way to go; commuter parking garages can easily be integrated into new urban uses and make their stations more attractive places to walk and cycle.

I have more to say about the TTC’s parking lot crunch over at Torontoist.

1 Response to The TTC’s disappearing parking lots: why this isn’t a bad thing