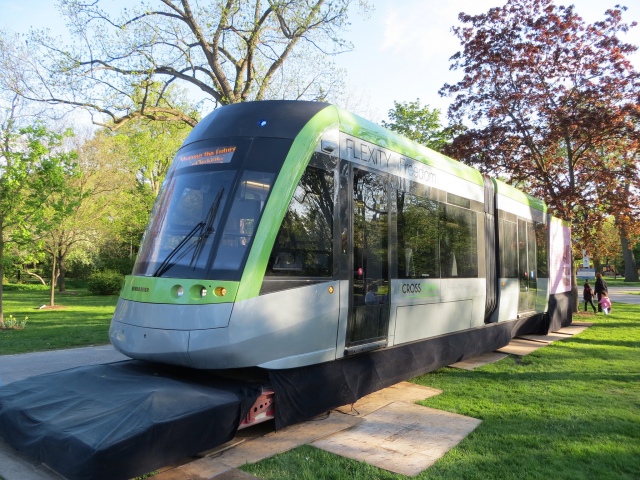 On late Tuesday night (actually, early Wednesday morning) Brampton City Council made disappointing and harmful decision by voting against the Hurontario-Main LRT, a 23.2 kilometre, $1.6-billion light rail line, whose construction costs would be fully covered by the province. This followed another marathon meeting back in July in which a final decision was delayed to allow for further study and a possible compromise.

The mayor, Linda Jeffrey, and four councillors (Gurpreet Dhillon, Pat Fortini, Marco Medeiros, and Gael Miles) supported the project, but six councillors (Jeff Bowman, Grant Gibson, Elaine Moore, Michael Palleschi, John Sproveiri, and Doug Whillians) voted against. The final vote was 7-4 against the LRT, with Jeffrey mistakenly voting with the majority, but the 6-5 vote against a modified downtown routing in an last-minute attempt to sway opponents should be considered the true decision.

Light rail transit will still be coming to Brampton – construction will start in 2018 – but it will terminate at Shoppers World at Steeles Avenue, with only three stops completely within Brampton’s borders. Nearly four kilometres and four stops have now disappeared, including the crucial terminal at Brampton GO Station. The map below shows the Hurontario-Main LRT route, with the eliminated sections in red. (A short section of the LRT’s route in Port Credit was eliminated due to community opposition; it would have brought light rail transit closer to Port Credit’s bustling core. The Hurontario LRT will now terminate adjacent to the Port Credit GO Station, north of Lakeshore Road.)

The Hurontario-Main corridor was selected for LRT simply because it is one of the busiest transit corridors in the Greater Toronto Area outside the City of Toronto; it connects three GO lines and several major bus corridors, it would help urbanize south Brampton and several neighbourhoods in Mississauga. It’s part of a larger regional network, yet six city councillors in Brampton, looking out for narrow, local interests, sunk it.

Now transit advocates elsewhere are looking to capitalize on Brampton’s loss: at least $200 million of the province’s money won’t be spend. For example, advocates in Hamilton are looking for an opportunity to expand their funded LRT network with Brampton’s cash. 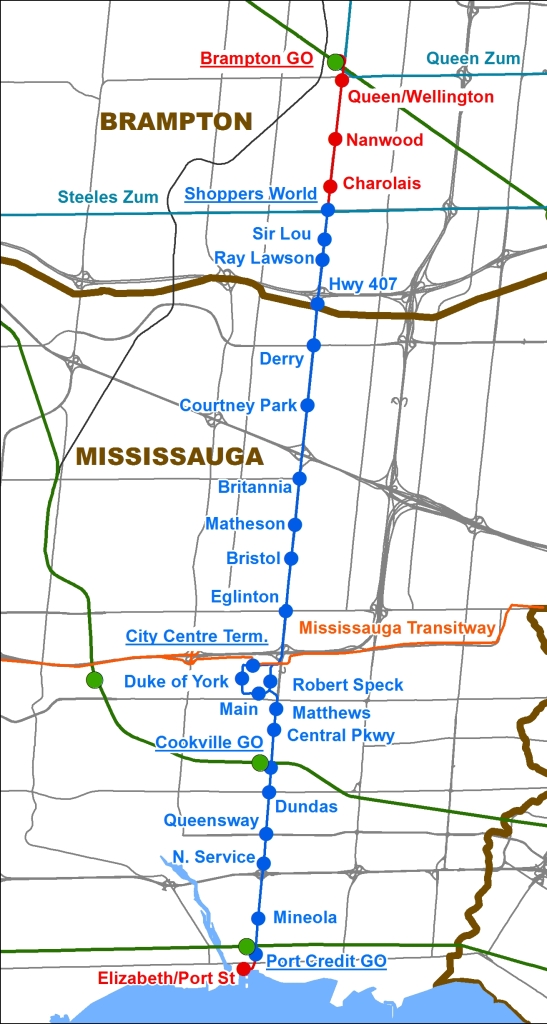 The Hurontario LRT, after Tuesday’s vote.

The arguments against the LRT included heritage concerns (as if trams aren’t found in the centres of historic cities such as Vienna, Istanbul, Brussels, and Amsterdam), claims of low ridership (which were written about by the Toronto Star’s San Grewal), concerns about operating expenses. Some councillors suggested that Queen Street should get LRT first. Others took exception to the fact that most of the route (17.6 kilometres, 19 stops) would be in Mississauga, while only a quarter of the line would operate within Brampton (5.6 kilometres and eight stops) But one cannot dismiss the NIMBY factor – some of the biggest opponents were wealthy homeowners on Main Street. Even former Premier Bill Davis, long regarded as a friend of cities and public transit, came out publicly against the LRT. Davis will long be remembered for stopping destructive expressways, but won’t support public transit when it runs down his street.

Opponents suggested other routes, or tunneling under Main Street. But those alternatives were more expensive, more difficult, less convenient for riders, and weren’t going to be funded by the province. These suggestions were studied by city staff and outside consultants and rejected.

Yes, Queen Street is Brampton Transit’s busiest corridor. Yes, the ridership will be lower north of Steeles Avenue than through central Mississauga. Yes, there will be some traffic impacts on Main Street.

But there’s no current planning study for a potential Queen Street LRT; a route hasn’t been chosen (would it go to the Spadina Subway extension to Vaughan? York Region would have to be on board), there’s no funding on the table, and the Hurontario corridor in Mississauga is a lot busier than Highway 7 in York Region. And yes, Mississauga benefits more from the LRT. But Mississauga has a larger population, a much larger transit ridership, and more jobs. By connecting to Downtown Brampton, the LRT increases mobility for the entire region, connects to the Kitchener GO line, and allows for direct transfers to the 501 Queen Zum, Brampton’s busiest bus route. It is part of a regional transit network; it would have made it a lot easier for trips, for example, between Downtown Guelph and Mississauga City Centre. 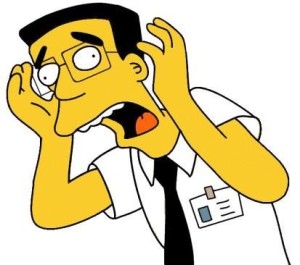 Today’s news that anti-LRT councillors are now going to seek federal funds for transit expansion makes me want to tear my hair out. This image of Frank Grimes pretty much describes how I’m feeling right now.

Just adding to my frustration, I read today that Councillor Bowman, who helped sink the Main Street section of the LRT, is now going to look for transit funding from the newly elected Liberal federal government. In the article, Bowman suggests that since Brampton elected five new Liberal MPs, helping to defeat the Conservatives, it was time to “leverage” that support. Payback, if you will. But there are no other plans to hold up, nothing that’s “shovel-ready.” There will be no ribbon-cuttings for Liberal MPs and cabinet ministers to attend anytime soon.

If looking for money from a new federal government – one that’s so far very friendly with their provincial counterpart – it would have looked a lot better to have approved the transit that the province, and a majority of Bramptonians, wanted, and then ask for additional funds to build on that. Advocating for a potential Queen Street LRT would be a lot when there’s an existing line to connect it, and a strong transit-focused hub to anchor it.

So, to sum up, Brampton city councillors threw away at least $200 million for a light rail project that they didn’t want, a gift-wrapped transit opportunity from the provincial Liberal government. Now they will be looking for new transit funding for alternative transit routes, which have yet to be planned, from the federal Liberal government. Good luck with that.