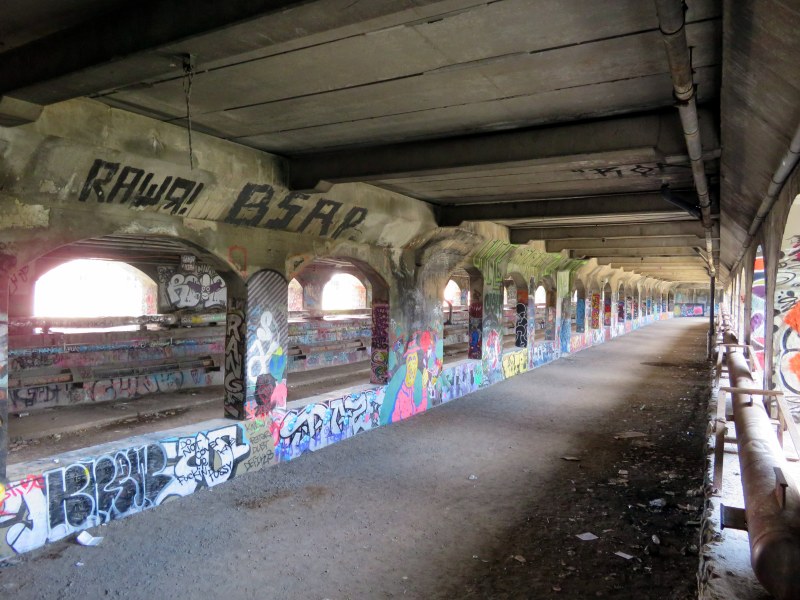 Former Toronto Mayor Rob Ford liked to claim that subways would last one hundred years, while other “inferior” forms of transit, like light rail systems, would last only thirty.

At the time, Ford was pushing for a subway extension to Scarborough Town Centre that would replace the Scarborough RT. The SRT opened in 1985 and nearly thirty years later, the line needed a major rebuild, including new equipment. The City of Toronto planned to replace the aging system with a modern LRT route, including a three kilometre extension with two new stations at Centennial College and at Sheppard and Progress Avenues in Malvern. The line would have been fully funded by the province, and the rebuild would have reduced the cumbersome transfer from the subway platforms.

Of course, Rob Ford was wrong about subways lasting 100 years. While Toronto’s subway system is over sixty years old — the original Yonge Subway opened in 1954 between Union and Eglinton Stations —  only the tunnels and station structures themselves remain from that era. The Yonge Subway is on its fourth generation of vehicles. Each of the stations have been renovated with new turnstiles, tiling, signage, and elevators. The TTC is also working on a new automated signalling system, and track replacement is an ongoing program.

Had the Scarborough RT been built as originally planned as an LRT route, there would only be the need for ongoing maintenance and new replacement vehicles. Extensions of the line would have been much easier and cheaper. The problem was that the planned route was converted — with pressure from the provincial government — to an Intermediate Capacity Transit System, a novel technology which was then being developed by the Province of Ontario. The rolling stock — nearing 30 years old — had to be replaced, and Bombardier, the successor to the provincial Urban Transportation Development Corporation, no longer built vehicles that could fit a tight turning radius between Ellesmere and Midland Stations. That’s why, after 30 years, the SRT needs a replacement.

But you don’t have to travel far to see proof that subways don’t last a hundred years. In Rochester’s case, that city’s subway lasted only twenty-nine years before abandonment.

Rochester, New York is an interesting city. It’s best known as the home of Kodak and Xerox, with a few attractions that make it a worthwhile place to visit, including the George Eastman Museum and estate, The Strong Museum, and the most easterly of Frank Lloyd Wright’s classic Prairie Style houses.

It also has America’s only fully-abandoned subway system.

The Rochester Subway was one of three subways planned and built in mid-sized American cities after the First World War. All three, coincidentally, were designed to permit streetcars to run under city streets using abandoned canal beds.

Cincinnati’s subway was the first to begin construction. Work began in 1919 on the path of the old Miami and Erie Canal, which once linked the Ohio River with Lake Erie at Toledo. But costs increased and construction was never completed. Today, the Cincinnati Streetcar runs on top of the abandoned subway route along Central Parkway. 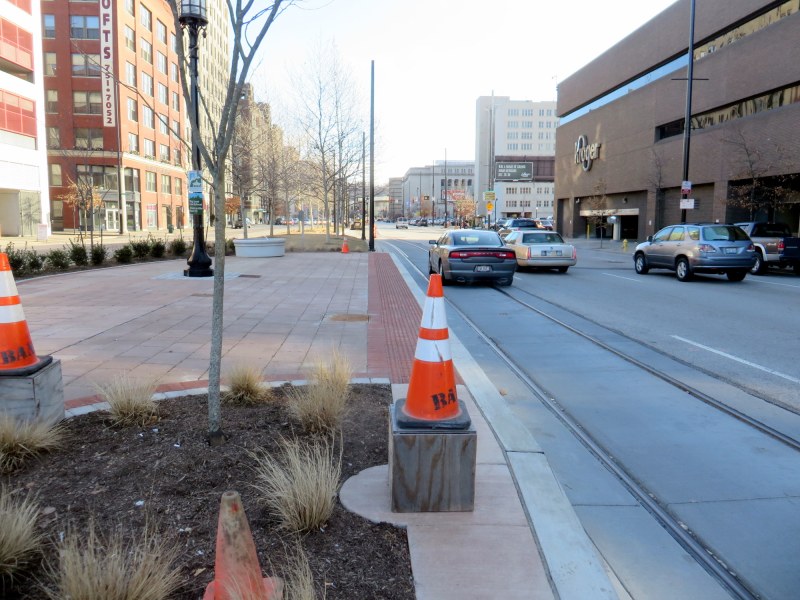 Central Parkway in Cincinnati in January 2015, where new streetcar tracks run above the abandoned subway line

Rochester was the second city to build a subway line in a disused canal bed. The Erie Canal was rerouted around Downtown Rochester in 1919 and the new subway line — of which less than three kilometres was below grade — was built along the old waterway. A new downtown roadway, Broad Street. was built above the old canal. Service began in 1927 and was abandoned in 1956, as streetcar service in Rochester came to an end. Suburban growth along with population decline in old central city, and the prioritization of new interstate highways, put an end to rapid transit in that city. 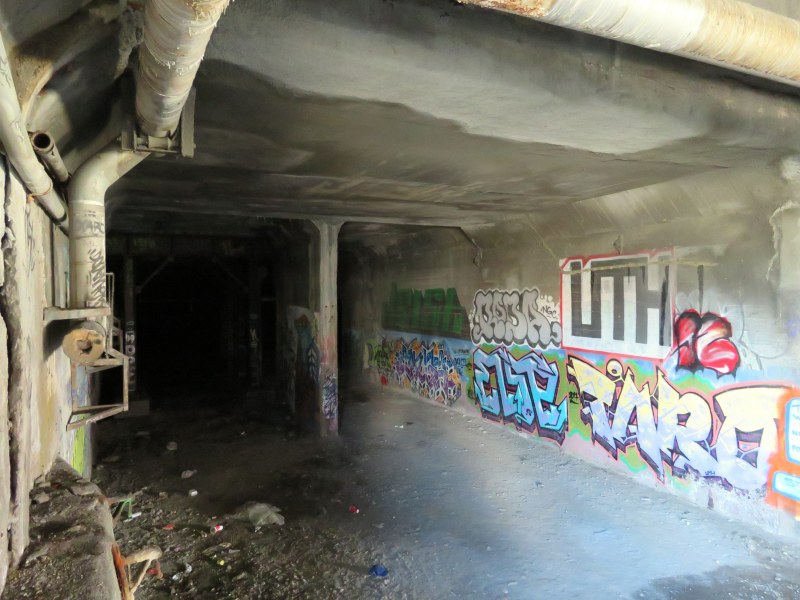 In Rochester, several sections of the abandoned subway remain visible to the public, including both tunnel portals. Stairs leading down from the Broad Street Bridge, which spans the Genesee River and once carried the Erie Canal, allow the general public to get a glimpse of the tunnel (it is also accessible from the Genesee Riverway Trail next to Blue Cross Arena without stairs), and all the graffiti lining the walls.