In February 2018, Duncan Xu, an 11-year old boy, was struck and killed crossing a residential street in North Scarborough on his way home from school. He was one of forty-two pedestrians unintentionally struck and killed by motorists in Toronto last year.

Not long after Duncan’s death, I visited the neighbourhood and wrote about the tragedy.  Canongate Trail, where Duncan was struck, is a two-lane residential street. At the time, there were no traffic calming measures in place to slow down motorists, many of whom used Canongate as a shortcut around the busy intersection of Kennedy Road and Steeles Avenue. The local councillor, Jim Karygiannis, decided to unilaterally close a walkway linking the rear schoolyard with Canongate Trail, close to where Duncan was killed. Duncan used the walkway before he tried to cross the street. 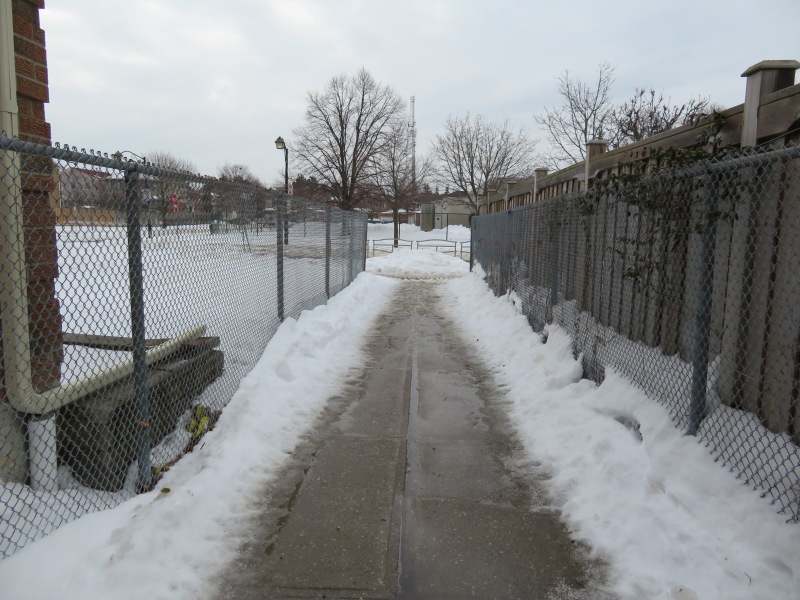 The walkway to the school and a nearby park is reopened, with a metal barrier between the sidewalk and the roadway

Still, more can always be done. Curb extensions or bulb-outs at intersections would be another effective traffic calming measure, narrowing the roadway, slowing down turning vehicles, and increasing pedestrian visibility while reducing pedestrian crossing distances.

What’s most disheartening though is that it took a young child’s death for these measures to happen. All residential streets should have a 30 km/h limit and streets designed to slow motorists down, including measures such as curb extensions and speed humps. As with the “Slow Down – Kids at Play” lawn sign campaign, action only comes after a high-profile tragedy. Even then, it’s not enough.

It’s good to see progress on Canongate Trail. But this should be the standard everywhere. We can and should do better in Toronto if we are all serious about implementing a true Vision Zero policy. 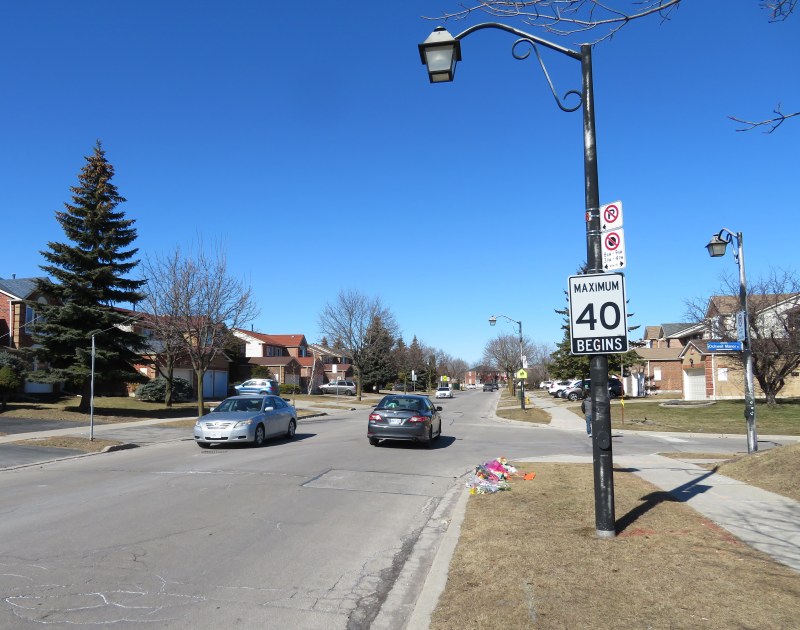