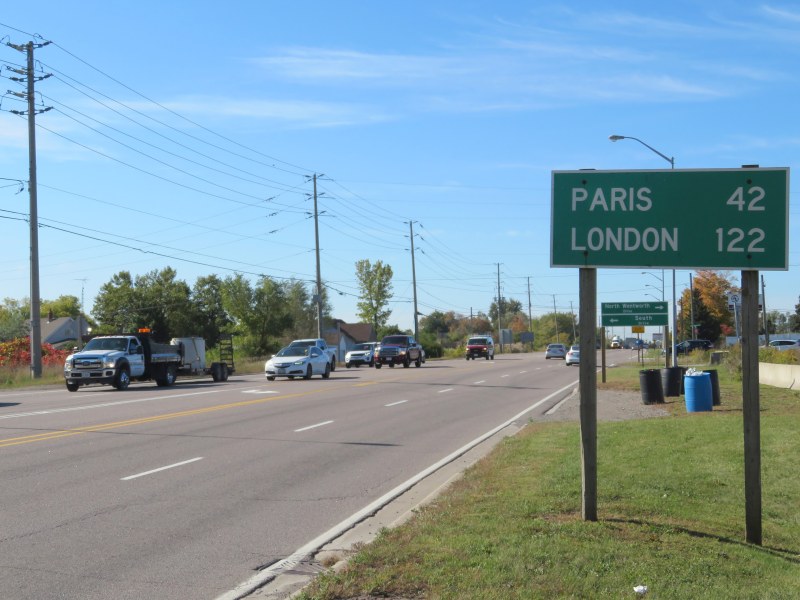 Early European settlers to Ontario were not very imaginative when they came up with local place names. Although some towns and townships have First Nations names (Toronto, Chinguacousy, Niagara), or named for First Nations leaders allied with the British (Tecumseh, Brant), most cities, towns, and townships were given the names of European settlements, British royals and nobility, or the names of those settlers.

The list of Ontario towns and cities includes no less than ten world capitals: Athens, Brussels, Delhi, Dublin, London, Paris, Vienna, Warsaw, Wellington, and Zurich. Other towns and cities across the province include the names of British royalty and nobility (Cobourg, Hanover, Port Arthur, Fort William, Richmond Hill) or the towns settler arrived from. These towns can be found throughout the province.

At Clappison’s Corners, a busy intersection outside of Hamilton, Paris and London appear on the same sign, amusing the occasional visitor. By driving west on Highway 5, Paris is just 42 kilometres away, with London an additional 80 kilometres’ drive via Highway 2.

The other Covent Garden Market, London

London was named for the British city in 1793, and was chosen as the site of the new capital of Upper Canada by governor John Graves Simcoe. He felt that the interior location, on the banks of the Thames River (Simcoe named that, too), would be safe from American attack. However, York (now Toronto), became the capital. But London became the regional centre for Western Ontario, and is now the world’s second-largest London with over 350,000 residents. 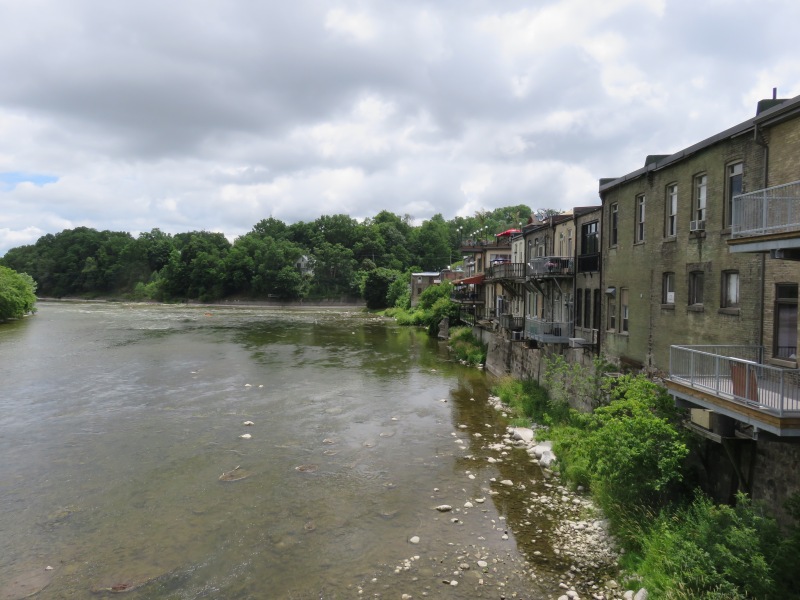 Paris was named in the 1840s not for the French capital, but for the large gypsum deposits in the area, used to make plaster of Paris. In 2000, the town of Paris was amalgamated with rural Brant County. The community has a population of just 12,000, the third-largest Paris (between Paris, Texas and Paris, Tennessee).

Before the provincial government downloaded thousands of highways to local municipalities in the late 1990s, Highway 5 ran from Highway 2 (Kingston Road) in Scarborough to Highway 2 again at Paris. At Paris, a motorist could continue on Highway 2 west to London and beyond. New freeways, such as Highway 403, offered a faster trip, while local roads, such as Highways 2 and 5, were downloaded as a cost-cutting measure. Today, Highway 5 runs for just 13 kilometres connecting Highways 6 and 8.

Today, the route to Paris and London is merely an anachronism of an earlier time, when King’s Highways covered the province and when motorists passed through many small towns on their way to places like Toronto, Detroit, and Montreal. At some point, the sign at Clappison’s Corners will be removed to make way for a new interchange. Until then, this humble monument to European settlement and rural King’s Highways will stand guard.

2 replies on “The road to Paris and London”

Not to pick at nits, but Warsaw, Ontario is named after Warsaw, New York. The miller that founded our Warsaw studied the art at a famous school of milling in Western N.Y..