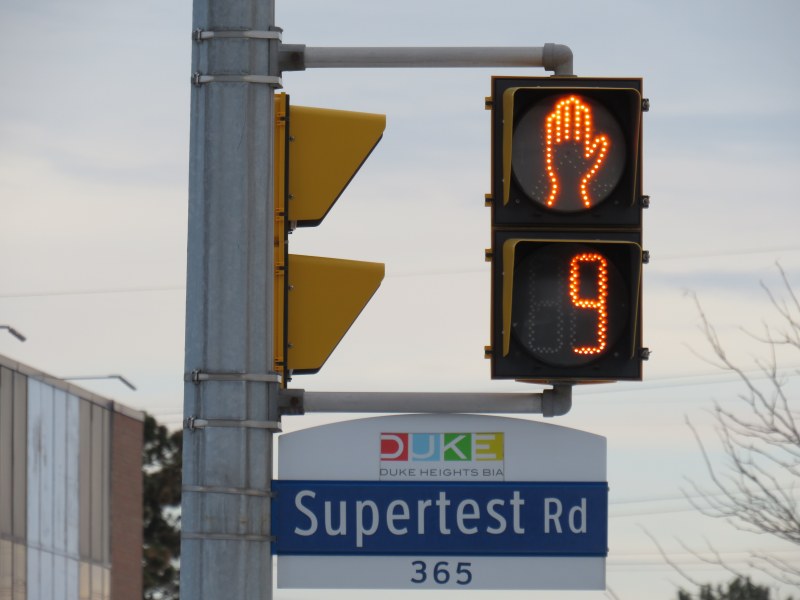 On Tuesday, January 21, a 26-year-old woman was struck and killed by the driver of a tractor-trailer at the corner of Supertest Road and Alness Street in North York. According to police, the truck driver was making a right turn from Supertest south to Alness when he hit the pedestrian.

Last week, I paid a visit to the intersection, located in an industrial area off Dufferin Street, just south of Steeles Avenue. It was immediately apparent that pedestrians are an afterthought in this part of the city, and tragedy was inevitable. 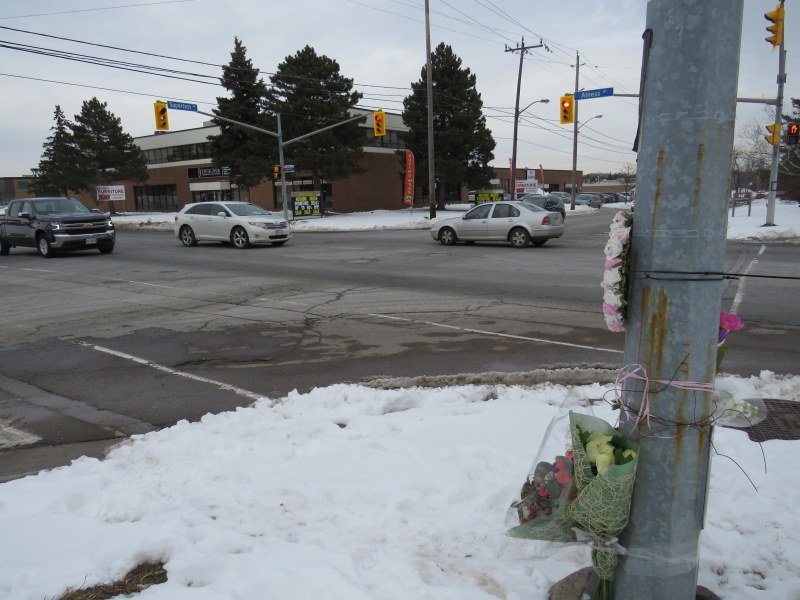 The intersection of Alness and Supertest, with a makeshift memorial on the southwest corner

I took the 105 Dufferin North bus from Sheppard West Station and got off at Supertest Road before walking west towards Alness Street. I pressed the beg button to cross Dufferin, but it did not work, so I crossed with the solid “don’t walk” sign. At least I had enough time to cross before traffic on Dufferin got the green light. With a bus stop at the intersection, G. Ross Lord Park to the east, and a busy supermarket on the southwest corner, there is no excuse for a malfunctioning pedestrian signal. In fact, the walk signal should appear by default.

As I walked westward on Supertest, the lone sidewalk on the south side of the street came to an end at an industrial driveway about halfway between Dufferin and Alness. With the snow, I was forced to walk on the street, which was busy with cars and trucks. Without any sidewalk, anyone using a wheeled device would also be forced on the street. 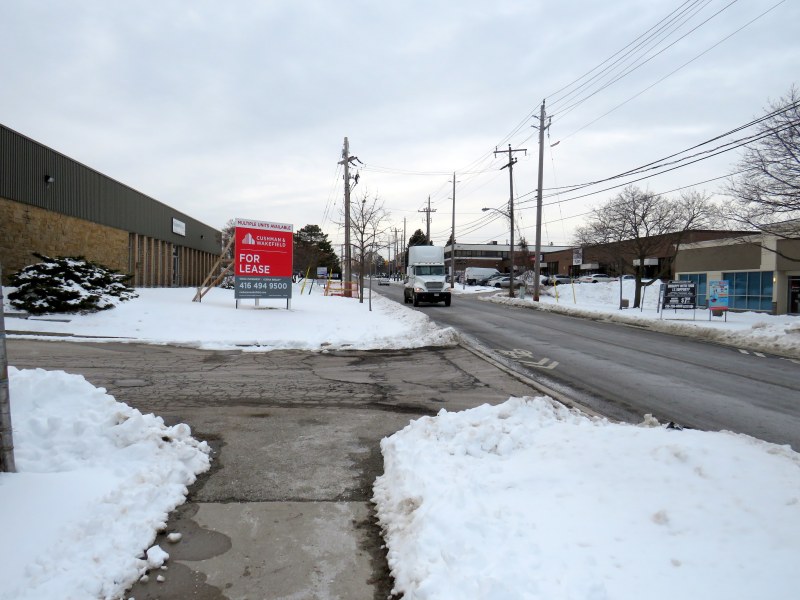 With my smartphone, I recorded my walk along the curb towards Alness Street, avoiding the snowbanks, debris, and motor traffic. It was not a pleasant walk.

The traffic lights are on a timer, and walk signals automatically appear, so there are no beg buttons at Alness and Supertest. What I noticed during my visit is that motorists will regularly rush to get through an amber signal, sometimes running a red. Truck drivers make wide right turns. Though the area is not pedestrian friendly, I did note several pedestrians in the area, running errands at the bank or walking to and from several of the nearby businesses.

Truck turning from Supertest to Alness

Finally, I noted the sharrows, the signed bicycle route on Supertest Road, and the TTC stop on the north side. The cycle route is supposed to connect G. Ross Lord Park on the east side of Dufferin to Flint Road to the west and south to the Finch Corridor Recreational Trail, but it’s not an enticing place to bike. Meanwhile, the TTC stop, for the limited-service 117 Alness route, is inaccessible without a sidewalk leading to it. 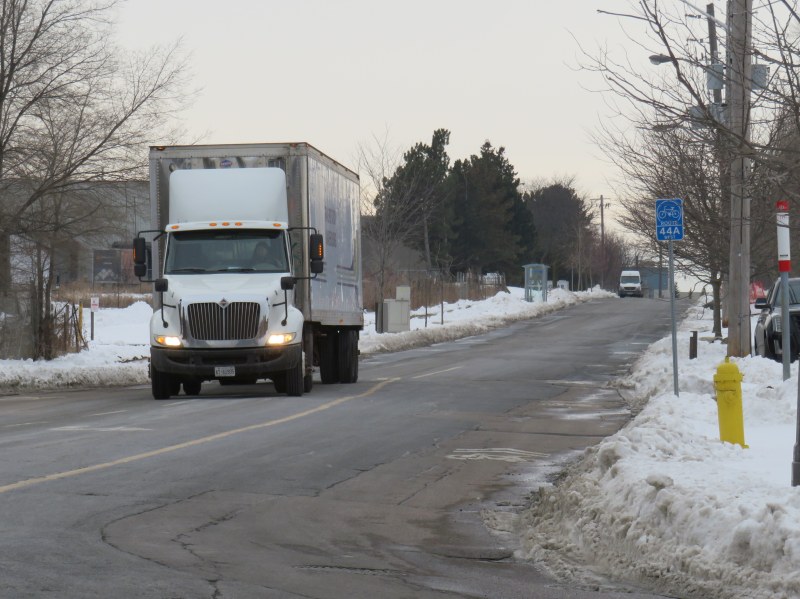 Looking west on Supertest Road, with the sharrow, TTC stop, and bike route sign on the right

Everything about this industrial intersection was designed to fail pedestrians and cyclists. Last week, it did exactly that.