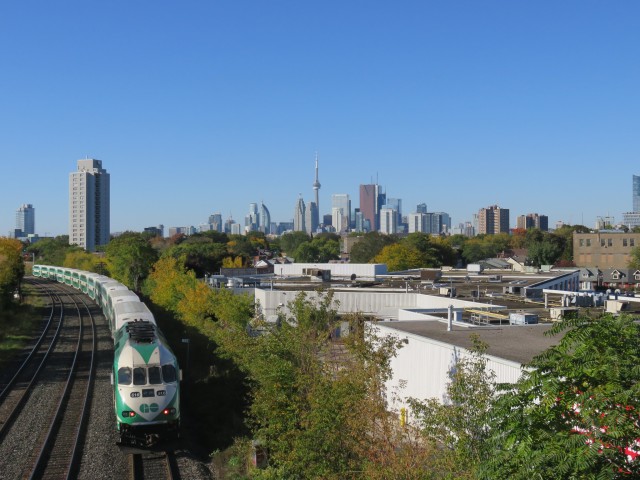 GO Transit train from the Pape Avenue footbridge, near the proposed site of Gerrard Station

At its last board meeting on December 8, Metrolinx presented an update on the status of twelve new GO Transit rail stations, all located on existing lines. Eight of these proposed new stations are located in the City of Toronto; and six of those are station locations once promised as part of John Tory’s SmartTrack proposal. Unfortunately, the proposed new station designs (all available in this Metrolinx report) appear to be similar to existing GO stations in the suburbs, with needlessly large bus loops, PPUDOs, and parking lots. Development opportunities are limited.

Transit connections at some proposed stations, like St. Clair West, are poor or practically non-existent. This is rather unfortunate, as SmartTrack was originally proposed as a frequent, subway-like service between Mississauga and Markham, with full TTC fare integration. Today, it’s merely six additional stations on existing GO Transit rail corridors. Without quick and seamless connections to the subway and surface TTC routes, the ability to provide any transit relief is compromised.

I have more to say on this at Spacing Toronto.